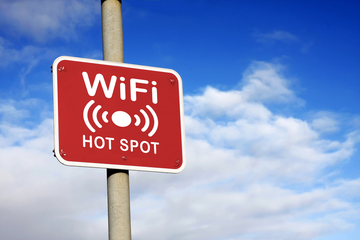 Want a leg up on your retail competition? Offering in-store Wi-Fi to your customers could be the key to your store’s success.

Sixty-nine percent of consumers have used a mobile device in-store to do research or conduct price comparison on an item, and 1 in 3 respondents said they had abandoned an in-store purchase because they couldn’t complete research on a mobile device.

So what does that in-store research entail? Here’s what customers said they use their mobile devices for:

But if business owners decide to take advantage of this and offer Wi-Fi in-store, they should make sure it’s simple to connect to and doesn’t require account creation. According to the survey, 64 percent of respondents said they frequently don’t bother to connect to Wi-Fi because it’s too much of a hassle to log into a hotspot.

The Wi-Fi Alliance is the worldwide network of WiFi providers and a global non-profit organization dedicated to wireless networking technology. The online study, which the organization conducted with market research company Wakefield Research, surveyed 1,000 U.S. and 1,000 U.K. smartphone and tablet owners ages 18 and older.