APPathy are Apps a Bridge Too Far? 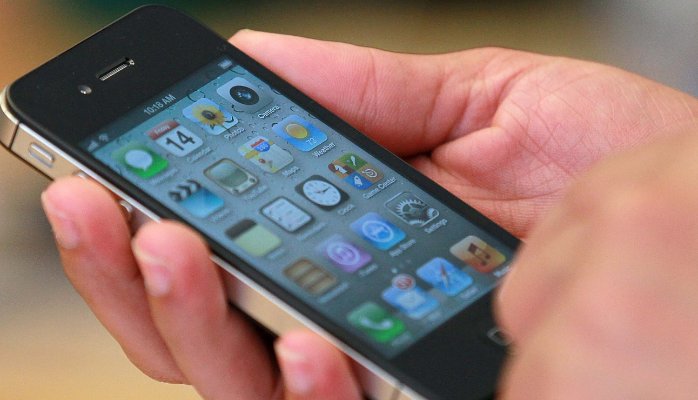 It looks like there are significant barriers to adoption for new mobile apps. New research from Nielsen indicates that the number of mobile apps being used by consumers seems to have remained fairly static since 2012, even if the time users spend in their apps has actually increased by a whopping 77%.

By comparison, few desktops carry anything like as many as 27 active applications. Beyond the common elements of the device user interface (and even in iOS, that varies), most applications require some degree of “learning” and adaptation to operate. It’s likely that we’re approaching a kind of “cognitive overload” — a practical limit to the number of discrete applications that we’re capable of operating proficiently.

We don’t appear to be using any more apps, but we’re using our apps more, and doing more with them.

The time spent in applications is growing sharply however. The average time spent in any application is now around 90 minutes/month (slightly higher for women (93 min) than men (87 min)). Once again, the 25-49 age group are the power users, spending about 26.5 hours/month in their apps.

Digging a little deeper, there are some interesting trends evident in the data. The number of users adopting communication apps rose 16% between Q4 2014 and Q4 2015, but the total amount of time users spent communicating rose only 3%.

In other categories however it seems self-evident that the growing utility of applications is impacting on the time spent in them. “Commerce & Shopping” applications have gained 15% more users, and the time per user absorbed by these applications has also grown by 15%. These figures reflect the growing dominance of mobile platforms in e-commerce and retail sales.

In the finance application category, there’s only modest growth (7%) in the number of users, but the actual amount of time spent by users in these applications has dropped by -7%. Looking at my own banking applications, the mobile app works better and faster than the desktop one — I’m doing a lot more, in a fraction of the time it used to take.

In terms of the time spent per device or platform, mobile devices (smartphones and tablets) have overhauled TV and radio media, and are more than twice as important as the PC. In the news and information category, 9% more users are each spending -6% less time in the category, and while entertainment apps have also gained 9% more users, the actual time spent in entertainment apps has fallen off -2%. To some extent this probably reflects the impact of TV-connected devices and the widespread availability of popular programming on mainstream streaming media.

In 2008 Apple launched it’s App Store, and soon there seems to be an app for just about anything. The Android and iOS SDKs put app development within the reach of almost anyone. I’ve even done it myself. There are now literally several million mobile apps available. This year statista.com predicts that app downloads will hit 250 billion, and 286 billion next year. Apple’s App store alone has 1.5 million apps available, has delivered more than 100 billion app downloads, and by June 2015 had returned $30 billion to the developer community (in spite of the fact that only about 10% of all apps are paid, but this figure includes in-app purchases).

The real competition is now for device resources. It seems that users are unlikely to deploy or absorb more applications.

There are a number of reasons for that, not least of which is the ballooning size of apps. A lot of them are big, and with every update, they’re getting bigger. In September 2012, ABI Research reported that the average size of an app for iOS was 23 Mb, and 6 Mb for Android, but by the end of 2013 Apple had increased the maximum allowable wireless download on iTunes to 100Mb, and the overall size limit for iOS applications is now a staggering 4Gb. In January 2015, Google raised the bar to 100 Mb, with any Android application also able to create two additional “expansion files.”

With Android having captured the lower-end of the mobile device market, and lower-capacity models predominant in the iOS market, a lot of app-happy users are confronting the practical limitations of their devices.

A single game with all it’s data and any in-game extensions and purchases can easily absorb 1Gb of space. Even a simple game like Angry Birds needs over 300 Mb on iOS. Productivity applications are similarly space hungry. iMovie is a 700 Mb application on an iPhone, Pages, iPhoto and Photoshop are all over 300 Mb. Facebook, LinkedIn and Twitter are all well over 100 Mb. If you’re phone is an 8Gb or 12Gb device, you’re likely confronting some real challenges around the number of applications you can support. If you’re on a limited data cap, apps like Facebook that now update on fortnightly cycles, represent some perceptually real ongoing cost.

Maintaining “app presence” within the user community is no mean feat. Inevitably users are going to have to cull their games and applications, just to free up space for the 27 apps they depend on. To survive the inevitable cull, an application needs to be user-friendly, and support a high level of functional utility, with low device and maintenance overheads.

There are still a lot of excellent reasons for developing a mobile app. A great app can represent a complete, self-contained and well-curated customer experience, without ever defaulting to the device browser or phone tools. Your new app needs all the must-have, don’t-leave-home-without-it, multi-functional utility of a digital Swiss army knife. A great app supports all the tasks, outcomes and experiences that users truly value, and builds the real dependency in it’s users that ensures it will be maintained.

In a crowded market, delivering this kind of best-in-class, seamless, multi-modal user experience has become fundamental to app adoption.